On 22nd November 2015 I attended the Team Carrie Marathon Celebration Night in the Grove Hotel in Dunleer and witnessed first-hand the amazing impact that completing the Dublin Marathon has made on various members of the group. Two hundred members sat down to a splendid dinner followed by a unique and hilariously funny floor show created by some members of Team Carrie to add to the celebrations. This was followed by dancing and further celebrations that continued on into the wee hours. 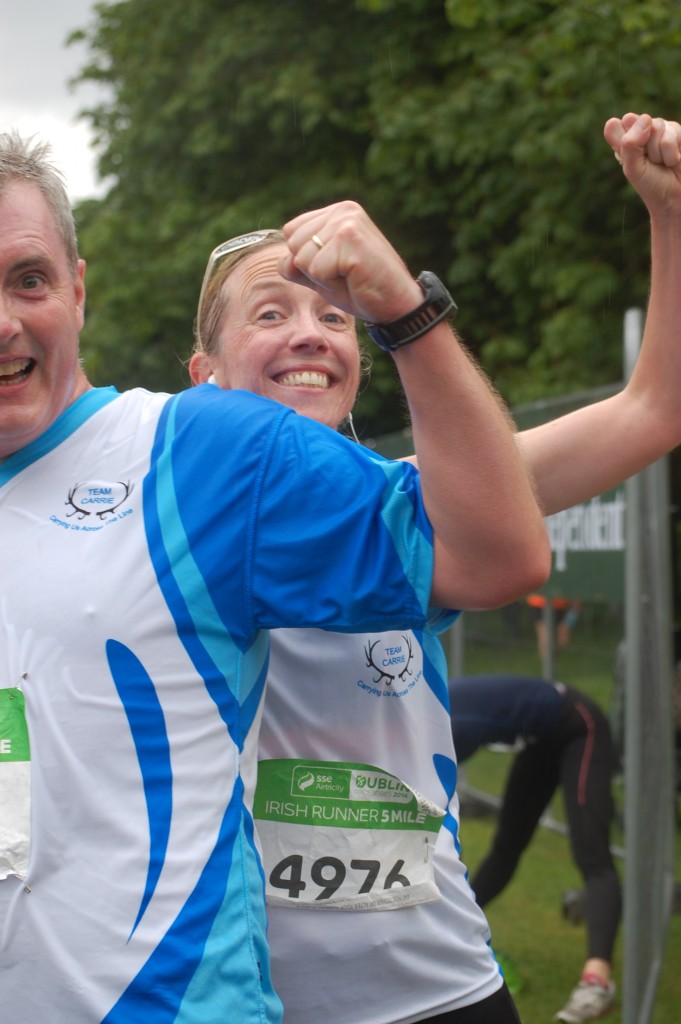 This was a fitting finale to bring the curtain down on the most successful year yet for Team Carrie. You could see what completing the SSE Airtricity Dublin Marathon meant to each and every one of this year’s team, as the members approached the stage in the Grove Hotel to receive their marathon finisher’s certificate – specially designed by their team leader.

And you knew too that many members of Team Carrie felt great empathy with Allison Harmon, when on receiving the overall presentation for dedication and achievement within the training group, she said: “The road is my counsellor”.

The Dunleer woman went on to eloquently describe why the six months from May to October each year has now become so important for her. Allison was this year recognised and singled out for her wholehearted participation in every aspect of Team Carrie.

There is a powerful message here for every community across Ireland and I only wished that Health Minister Leo Varadkar – himself a keen runner – could have been in Dunleer that night to savour the great sense of camaraderie and community connection that training together for the marathon has created in Dunleer over the past five years.

The Team Carrie marathon formula can be successfully replicated in every community across Ireland and communities can become richer in spirit, mind and body for the experience of training together as they do in Dunleer.

There is also a great charity fundraising dimension to Team Carrie and this year alone, the group members have raised €42,000; €24,000 for the Gary Kelly Cancer Support Centre in Drogheda and the balance for other favourite charities – more than a fair tally from a group of 154 runners from a town with a population of little more than 2,500.

Team Carrie has a mantra that was set for them by one of their members, Shay Sheridan. You will know that Team Carrie members are taking part in a race when you hear Shay’s voice ring out with the rallying cry – “Can we do it?” The response from the group never fails to cry out in one-voice – “Yes we can!’.

That’s the spirit of Team Carrie; other communities please copy!