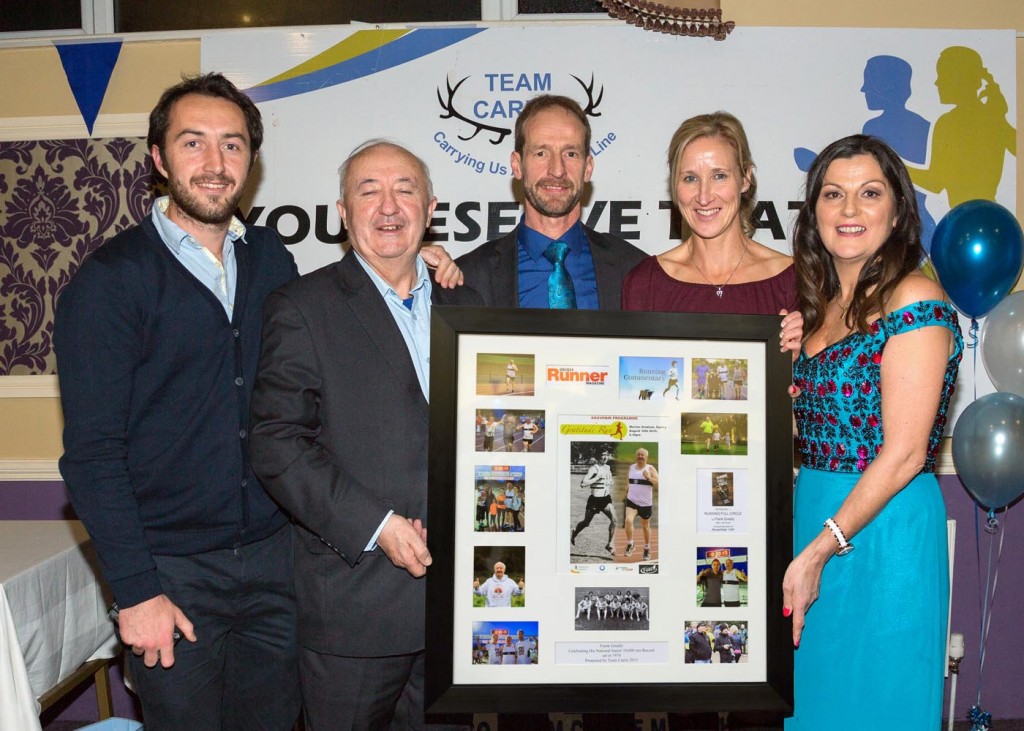 There are just 22 weeks from today to this year’s SSE Airtricity Dublin Marathon and tonight in Dunleer in Co Louth well over 100 members of Team Carrie will embark on the first training session of a 22-week plan that their team leader has specially tailored to get them safely across the finish line on October bank holiday Monday.

This is the fifth year that members of Team Carrie will be running in Dublin and it looks like there could be even a bigger group coming to the capital than the 123 who all completed last year’s event.

Team leader David Carrie, also the local postman, is a seasoned marathon runner and an acknowledged expert in mapping out training schedules suitable for both novice and more experienced runners.

Over the past four years every member of Team Carrie who has taken part in the Dublin Marathon has completed the course.

“In 2009 I decided to set up my own marathon training group in Dunleer.

“A lot of people, over the years have said, ‘I would love to run a marathon.’ And next thing they would say, ‘Oh, I wouldn’t know how to go about it. That’s why I designed my own training schedules, taking in the Dublin Race Series events as stepping stone events – the perfect build-up races to the marathon.

David Carrie has a marathon personal best time 2:27 and he ran a very respectable 2:42 in Dublin two years ago when he was presented with the Lord Mayor’s Gold Medal for his contribution to the race.

There were just 38 members in the inaugural Team Carrie in 2010. The second year that number had grown to 54 and the third year 78 runners took part in and finished the Dublin Marathon. Then, last year there was an explosion of interest in the marathon as the local community in Dunleer became enthralled with the personal success stories of relatives and friends. The end result was 123 members of the team who all successfully completed the event.

David Carrie’s wife, Aileen has also converted to running. Not long ago, she was a chain smoker and overweight but, having turned to the sport five years ago, she is now has a marathon personal best time of 3:49.

“She is the real athlete in the house now – completely hooked”, says David of Aileen, his wife of over 25 years.

“We start everyone out very slowly and progress gradually over the 22 weeks,” Carrie said. “The Dublin Race Series events will be our stepping stones to measure progress and those first time runners who complete a mile tonight may find it hard to believe that within five weeks they will be capable of finishing the Irish Runner 5 mile.

“I insist that before anyone joins our group they must have a thorough medical check-up before embarking on the training plan.”

Entry for the SSE Airtricity Dublin Marathon and the Dublin Race Series events is now open at: www.dublinmarathon.ie.